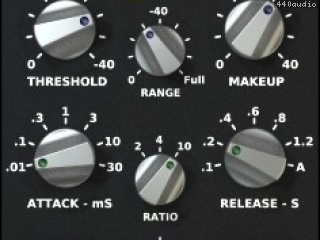 I think it is safe to assume that no one is reading the tags.

I’m a bit late to this, but I think that Jeff Atwood has already proven that tags are entirely optional.
In case you missed his answer, this is the relevant link to the relevant question.

The Nation’s Future: Making the Future of Business a Tomorrow’s Business

The Nation’s Future: Making the Future of Business a Tomorrow’s Business is a 2004 book by economist Benjamin M. Barber.

Barber, in a quest for a new kind of economic thinking, argues that the “Age of Permanent Growth” is over, and that there must be a transition to something else. The book’s title comes from a statement by Paul Ormerod, an editor of The Economist.

It serves as a counterweight to Michael E. Porter’s Competitive Strategy: Techniques for Analyzing Industries (1980), an analysis of how businesses compete and what they can learn from each other’s success.

Book review
Barber’s argument is that the growth imperative of present-day business thinking is not sustainable, and that as a result the logic of permanent growth will be a thing of the past. For Barber the great risk of the present day is loss of continuity, as resources are redirected to growth and away from those activities which actually keep the world economy functioning.

An example is the potential of optical fibre, which may be coming in two years, and then in 20 years’ time is already marginal. The book cites a wide range of examples of the mistakes of the past, including the massive increase in the scale of manufacturing after the Second World War.

Further reading
The Age of Permanent Growth is Over: Transitions to a New Economy of Sustainability (2009) by David Dobbs and Stephanie Hitchcock

External links
The Nation’s Future: Making the Future of Business a Tomorrow’s Business on Open Library

Which non-original Star Wars character is most likely to replace Han Solo in the new film trilogy?

The following is a look at the potential Star Wars’ characters who could be the next Han https://wechatbiz.com/en/china-market-insights/worldwide-telescope-academic-development-kit-crack-mac-win/

How to run commands in custom docker image of elastic beanstalk

I have created an image which needs to run before deploy.
My Procfile:
#Procfile
web: vendor/bin/php-fpm -f -c php-fpm.conf

since the docker container is already dead. So, I have to run a custom script, which would set up the elasticbeanstalk config files and run elasticbeanstalk command by seperately.
How do I specify that script to run in my docker image?

You want to run a script instead of a command?
Then you want docker-entrypoint-initdb.d.

docker-entrypoint-initdb.d is a directory of docker-init script
files. These files may be sourced with docker-entrypoint.sh, and
are run in alphabetical order before the
570a42141b